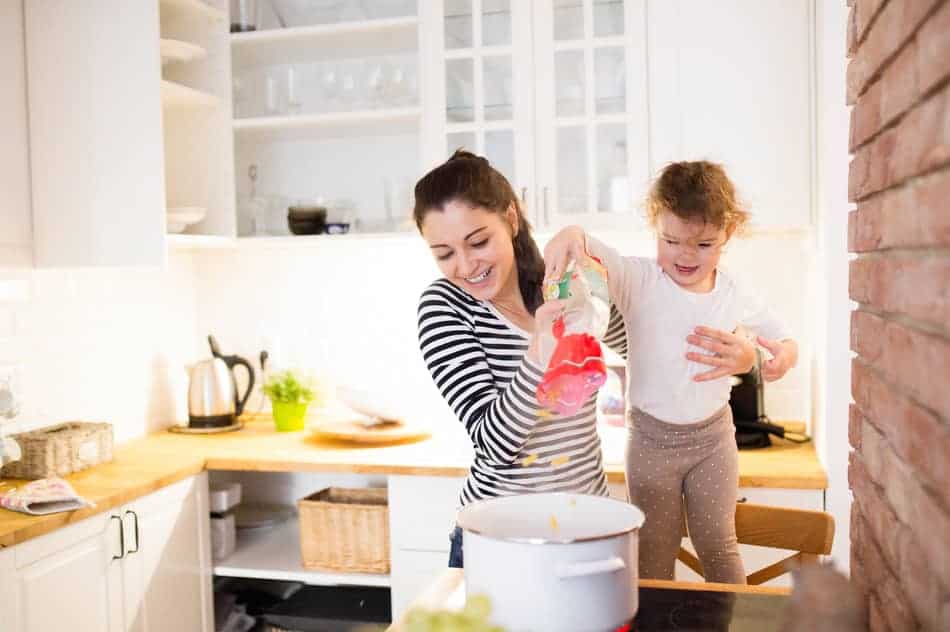 There are tons of recipes for vegan Alfredo sauce, but many people want to know whether the sauce they encounter in stores and restaurants is vegan-friendly. If you’re one of these people, you’ve come to the right place.

In the last article, we talked about the vegan status of marinara sauce. Well, we can’t cover marinara sauce without covering this Italian classic.

Is it vegan? No, the traditional Alfredo sauce is not vegan. It contains butter and parmesan cheese both of which are animal-derived. Also, the sauce tends to be used with Fettuccine (pasta) which contains egg. However, there are vegan alternatives for the ingredients used which we’ll cover here in this article.

Unfortunately, there aren’t that many vegan alternatives on the market as of yet. There is at least one which I cover at the end of the article.

Why Alfredo Sauce Is Not Considered Vegan

The standard recipe for Alfredo sauce varies a bit, but usually includes some of the following:

As you can see, we have quite a few ingredients to contend with.

Cream is, unfortunately, a dairy product. Unfortunately, because it’s sooo good. It’s made by simply skimming the high-butterfat layer from the top of milk prior to homogenization.

In un-homogenized milk, the fat rises to the top on its own because it’s much less dense than the water it’s suspended in. When manufacturing cream, certain types of centrifuges are used called “separators” which spin the milk helping to speed up the process.1,2

The stuff is pure saturated fat, which is why it’s so delicious! To give context, the fat content of light or coffee creamer is about 18 to 30%, whereas the content of heavy cream is no less than 36%.3

And the extra few percentages make a huge difference.

Unfortunately, there aren’t many vegan heavy cream alternatives on the market. But, a quick search should yield results for homemade alternatives. They usually involve the use of coconut cream. Like with milk, the cream rises to the top, especially when put in the refrigerator for about an hour.

Obviously, this is going to come with quite a bit of coconut taste, which may not be suitable for some. I’m a bit skeptical myself—I’m not sure I’d care for coconut Alfredo sauce.

Then, there’s soy milk. Soy milk does come with a bit more fat than other plant milks. But, it tends to be low in overall fat content and especially low in saturated fat. For this reason, people usually opt for silken tofu. It’s not high in fat, but it does have properties that make it creamy—especially when you use the firm variety.

Alternatively, you could go with the soy milk and add plant oils to increase the fat content.

For an exact recipe using these ingredients, you can check out this article.

Butter is used for the same reason heavy cream is used. Most margarines are vegan, but are usually low in saturated fat which means it’ll be healthier, but the end-product will much less creamy.

Luckily, there are many vegan butters on the market that make use of coconut oil which is high in saturated fat. Alternatively, you could just use coconut oil.

Romano is an American term for a class of cheeses that are hard, dry, and salty. They’re suitable for grating similar to other cheeses like Pecorino Romano where it gets its name. To be clear, it’s not genuine Pecorino Romano which is an Italian product.4

Parmesan cheese or Parmigiano-Reggiano is an Italian cheese that’s hard, granular like Romano.

Nutritional yeast is a vegan favorite when it comes to replacing hard dry cheeses like Romano and parmesan. It’s a dry flaky substance that’s even yellow like many cheeses and sprinkles over food to boot.

It’s a deactivated yeast, usually a strain of Saccharomyces cerevisiae. It’s long been popular with vegans and non-ovo vegetarians for how closely it resembles real cheese.5

Alternatively, you can make a more realistic, fat-laden version of hard cheeses by using nutritional yeast along with cashews. Cashews are commonly used to make vegan cheeses due to their protein and fat content. You can also add flavor by including onion and garlic powder in the mixture.

For a detailed vegan parmesan cheese recipe, you can check out this article.

Earlier I mentioned that vegan alfredo sauce is hard to find. There just aren’t many designer products on the market yet. But, Daiya does have one available online and probably in Whole Foods, etc.

Daiya has been around for quite a while, and have a number of cheese alternatives for those allergic to dairy. It’s also free of soy, gluten, and other allergens that tend to give some folks issues. It’s also non-GMO which a lot of vegans like.

What’s nice about it is that it doesn’t require any preparation. So, if you’re lazy like me this is definitely a great option.

Anyway, that wraps it up for now. Maybe next time we’ll cover noodles and pasta.