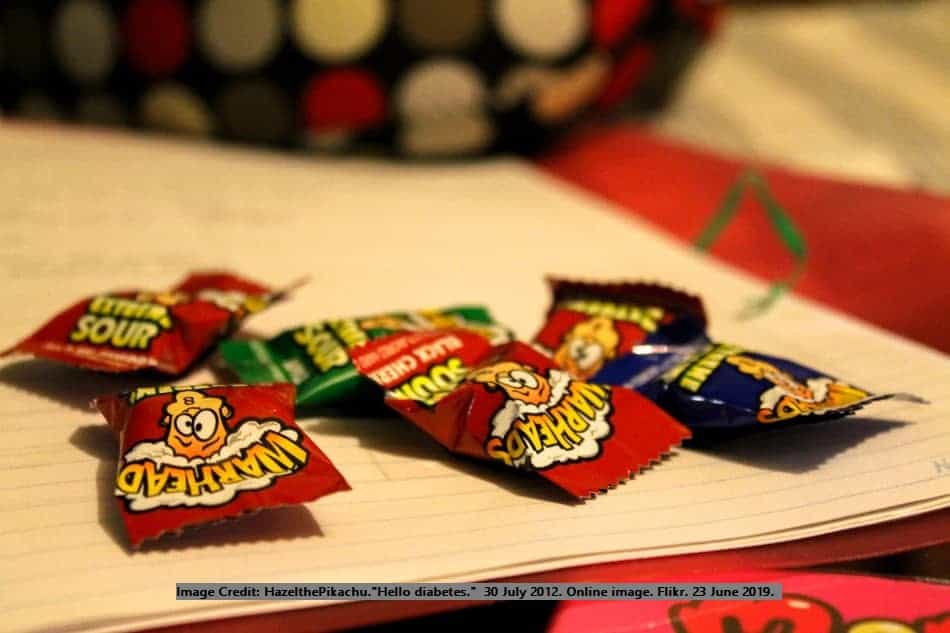 Warheads is a popular brand of tart or sour candy made by Impact Confections.1 They’re marketed as an extreme candy and definitely live up to that claim. The candy product has been around for some time—in the US since the early 90s—and has been proven to be very popular especially among younger crowds.1,2

Are they vegan? Yes, the classic Warheads are 100% vegan. In fact, they’re among the most vegan-friendly friendly fruit-flavored candies you’ll encounter. Like most highly processed foods, they contain a number of additives, but all are vegan-friendly.

What we’ll do here is go over why Warheads are considered vegan by exonerating suspicious ingredients one a time. Then we’ll cover some of the newer varieties and whether they’re vegan-friendly.

Ingredients for the traditional Warheads (Extreme Sour Hard Candy) include:3

*As you can see, the microencapsulated malic acid contains palm oil, a substance that’s problematic for some vegans. The presence of this ingredient doesn’t render a food non-vegan by most standards, so I’m listing the original Warheads as vegan.

But, if you are a particularly prudent vegan, this is something to keep in mind.

Why Warheads Are Considered Vegan

This is not to say that the presence of confectioner’s glaze would automatically render the food product unacceptable for all vegans. For example, it’s often put on produce to improve visual appeal. But, a lot of vegans want to avoid the stuff and it’s always nice to know when a candy product doesn’t contain it.

Shellac is a substance secreted on tree branches by lac bugs in the form of “sticklac.” The female lac bug, Kerria lacca, sucks sap from the tree and secretes sticklac wherein shellac is filtered out. Sticklac is scraped off of tree branches so the shellac can be used in various food and non-food products.4

The bugs make mini structures of sticklac often referred to as “cocoons”—though, the structures aren’t considered cocoons in the entomological sense of the word.4

So, it’s composed largely of sap, but because it’s harvested from bugs, it’s considered a form of animal exploitation. It’s been estimated to take about 50,000 to 300,000 bugs to make a single kilogram of shellac.5-7

As you can imagine, the harvesting process (involving scraping) results in lots of crushed lac bugs. So much so, that the bugs have to be filtered out with a canvas bag along with tree bark, etc.

Then there’s the potential ingredient, beeswax. According to PETA, beeswax can be used in certain candy like Swedish Fish.8

Beeswax is a common ingredient in food production as well as pharmaceuticals and cosmetics.

Like other waxes, it’s used as a glazing agent, improving the visual appeal of the candy as well as adding surface protection.

It’s what’s called an edible film. There are several edible films used in candy making some of which are vegan.

Instead of beeswax, Warheads make use of carnauba wax, a completely vegan ingredient.

Carnauba wax, also known as Brazil wax or palm wax, is derived from the leaves of the palm Copernicia prunifera.11

Carmine aka Red 4 is a non-vegan food coloring agent. Specifically, it’s derived from a certain type of beetle.12

The bright-red pigment is obtained from carminic acid found abundantly in certain bugs.13

Not only is carmine insect-derived, but its method of production can involve other non-vegan substances like egg white, fish glue, and gelatin.14

In contrast, Warheads contain Red 40 aka Allura red. This stuff is petroleum derived, and can even be derived from strawberries.15

The Vegan Status of Other Warheads Varieties

Since the production of the original Warheads, the brand has put out a number of other products all with the same extreme sour taste. In addition to hard candy, the Warheads brand in recent times encompasses:16

Not all of these are still available, but we’ll go over the most common ones you’ll run across.

It’s usually a red flag when a candy has a chewy texture, as there are a few popular animal-derived ingredients that tend to be used to achieve elasticity in candy.

Are they vegan? Yes, Warheads Chewy Cubes are 100% vegan-friendly. They don’t make use of gelatin, egg whites, or any other animal-derived ingredients to achieve their texture. They don’t contain beeswax, confectioner’s glaze, or carmine.

Ingredients for Warheads Chewy Cubes include:17

No, Warheads Worms are not vegan. The ingredients vary (perhaps by country), but one variation contains gelatin, and the other contains lactose. They also contain a number of other potentially problematic ingredients like glycerin and glycerides.

Ingredients for Warheads Worms include:18

Unlike lactic acid, you can be fairly certain that lactose is derived from dairy.19

That’s it for Warheads. Thanks for reading.

You may also want to check out some of my other candy articles here: